skip to main | skip to sidebar

College Football is better than the NFL

Ooh. Hines Ward just got the ball stripped on the 6-yard line with 50 seconds left. I would take back what I just said in #3, but that was literally the first exciting thing to happen in the last 3 quarters. Moving on...

4. Overtime. Thanks to the sudden-death system (which Chris Collinsworth has just defended with "Sure, your team may not even get a fair chance to win, but, uh...so be it.") If a TV announcer has to defend a rule with "It may not be fair, but so be it", you're going to want to look into things.

5. Did I mention all the commercials?

Sweaters: Panacea Against All Evils

So when the Menendez brothers went on trial for killing their own parents they employed a little-known public relations strategem and appeared in sweaters, hoping the snuggly softness would impact the jury. 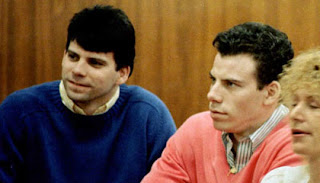 For, as you know, it is impossible to think bad about someone in a sweater.


Saddam Hussien's lawyer tried it as well at the beginning of his trial. Alas, I couldn't find a picture, but remember seeing it on TV. Just imagine the great despot in a grey cocoon of adorableness.


But hold on -- Chris Brown, the R&B star recently charged with the felony assault of his girlfriend Rihanna -- has upped the ante. Not content with just the sweater, whatever PR Firm Brown is using apparently decided to go straight for America's jugular and sport a BOW-TIE. The result is breathtaking: 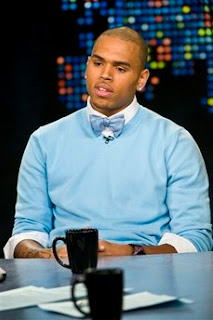 Ladies and gentlemen, does this really look like a man who is prone to violence? Prone to cuddliness, perhaps, but violence? Fie!

It works. I've forgiven him already.
But now I am intrigued as to what the next step on the image makeover excalation scale will be. How do you top sweater and bow-tie? Here's my guess:
Woolen mittens.
And after that, Hello Kitty backpack.
Posted by themickel at 6:20 PM 2 comments:

Ok, everyone, welcome to today's workout. I am your trainer for the day. My name is Lily. Let's get our sweat on!

We'll start with pushups. Simple exercise, but a great way to work your bi's and tri's, not to mention melt some of that pesky baby-elbow-fat.

All right, next up is abs. Remember your chin needs to come all the way up. If you think these are hard for you, try doing them when your head is roughly the same size as your torso.
Next is the scissor leg stretch. Make sure that right leg gets all the way out. If you really want to push it, go ahead and stick the big toe in your mouth. Like difff. Ahhff...blogeh....goohd.

Ok, let's go ahead and finish with some simple one-armed push-ups. What's that? Too tired? Sissy.
Posted by themickel at 7:40 PM 2 comments:

If you ever need a lawyer, be sure he isn't a fat one

I had to fill out a character reference form today for a friend who is applying to become a lawyer. It was in the form of a letter sent by a law firm representing the Maryland Bar Association.

3 things stuck out to me as I filled this thing out:

Have you seen anything in the conduct of this individual that would hint at unethical or dishonest character?

This is great because I love the irony in an organization whose members (a good portion of them anyway) make frequent practice of bending, dodging, and exploiting laws on behalf of clients they often know are guilty just to make some money somehow being concerned if I've ever seen this guy make up a lie to a girl he was dating or swipe a roommate's box of Pop-Tarts. Because those things would be unacceptable.

"Would you recommend this person to the bar based on what you know of their ethics, principles, work ethic, and fitness?"

That's right, "fitness" is apparently part of the criteria for admittance to the bar. The cover letter also mentioned as much. I had a brief ethical dilemma with this one--for while he was principled and honest when I knew him, I hadn't seen him in 3 years and wasn't sure how fat he had become in that time. I mean, I would hate to answer "Yes", only to have my friend fail miserably in the Bar Association Obstacle Course (which I assume is the final step to becoming a lawyer), much less expose the good people of Maryland to a chubby, slow moving litigator with high cholesterol.

I answered yes though, and have my fingers crossed.

I just found out a song I heard on the radio and liked is by the Jonas Brothers.

This is almost as bad as the time we had a mixup with our special order shirts and I found out I had been wearing a women's polo to the company conference the entire day.

Ah, to heck with it. I'm married. I don't have to be cool anymore.

HEY EVERYONE, GUESS WHAT? I LIKE A JONAS BROTHERS SONG.
Posted by themickel at 7:30 PM No comments:

Everyone Hide Your Celebrities 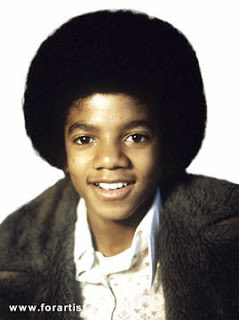 First Ed McMahon, then Farrah Fawcett, now the King of Pop himself. All in what, a 3 day span? If I was a famous person, I'd be worried right about now.

If it does happen again this month, here are some completely baseless and arbitrary odds on who the next celeb with a ticket to the Hollywood in the sky would be:

I've heard a few people say "these things come in threes". Do they? Does anyone have any other examples? I need more proof before I buy into this superstition. Though I am completely willing to.

And can I just say with Michael Jackson - I was never a big fan and thought he was as strange as the next person, but come on, the guy was abused physically and psychologically as a kid then became a global icon by the time most of us are starting general eds in college. How many of us could have gone through that and come out balanced, well-adjusted individuals?

Rest in peace Jacko.
Posted by themickel at 10:05 AM 3 comments:

I Need a Kobe Face

If you've been following the NBA Finals then you know Kobe Bryant has a devastating new weapon he's unleashed on his Finals opponents. Here it is: 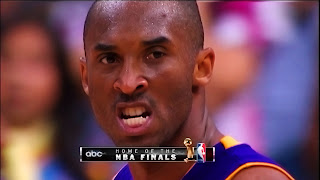 He's come up with this brand new sneer for use just in the Finals. I've heard it called the Badger, the Beaver, the Tree Chipper, and even the Bruce Springsteen. I have another name for it:
Spectacular.
Really. I think this is a great idea. I mean, you bring out your best wine when old friends stop by, Grandma breaks out the China for Thanksgiving dinner, Notre Dame wears their special green jerseys when they want to get blown out in style -- so why not have a unique, custom made sneer use on special occasions?
I'm working on mine right now. And frankly, you should be too. Here are three I came up with just since I started writing this post: 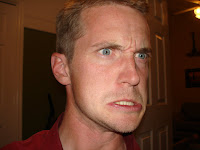 This is The Caveman. 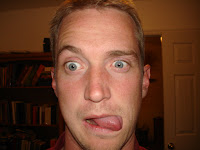 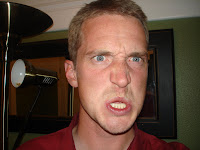 And finally, the White Kobe.

Can't wait to bust this out in a real life situation. Maybe next time we're playing Scrabble and I hit the triple word score. Or in a work meeting after I make an especially astute observation.

Update: - The Lakers just won the Finals. I think we all know who gets the credit for this one: The Beaver.
Posted by themickel at 7:50 PM 3 comments: 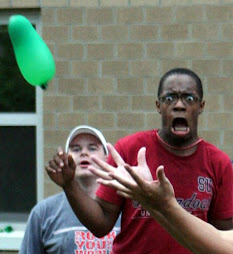 Books I am Reading

themickel
30 years old. Work in HR. Have two kids. Bought a house. Over the threshold to adulthood, but looking back longingly.